Moroshka Theatre was founded in St. Petersburg in 2009 by a ballerina and a theatrical director Nadezhda Poltavchenko, a former soloist of the Mikhaylovsky Theatre. 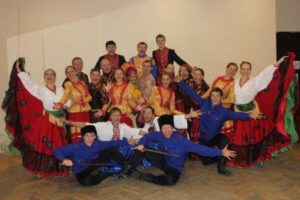 Moroshka Theatre is known for a high standard of the artists and a special approach to the repertoire. Among the artists are graduates from the St.Petersburg’s Art colleges, prize-winners of the city, all-Russia and international competitions. The best choreographers, directors, art designers and composers have been cooperating with Moroshka Theatre.

The uniqueness of the repertoire makes the theatre special among the others in St.Petesburg. Taking the folk tunes from different regions of Russia, the company makes contemporary musical and vocal arrangements combined with Soviet songs to try and make a powerful show in a unique St. Petersburg style – cultured and delicate at the same time keeping the traditional Russian dash and swing. Working at the boundary of the genre helps the company and the views to discover the Russian folklore from an unexpected angle and appeal even to the audience with the ultra modern taste. 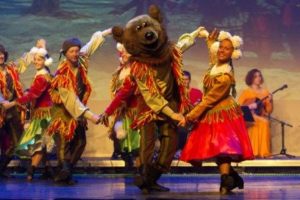 Through the years Moroshka Theatre performed for over 500,000 audience.

The company’s mission is to develop the Russian musical and dance culture based on the Russian folklore, to introduce the young audience to the national culture, to maintain the folk traditions through the modern theatrical approach and to enrich the cultural life of St. Petersburg. 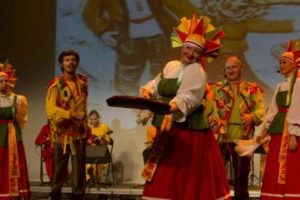 “The performance of St.Petersburg Moroshka Theatre at the closing concert of the Festival of Russian Culture Maslenitsa in London on the 13th of March 2016 became one of the most colourful and memorable through the years of the festival in the UK. Moroshka’s performance contributed to the promotion of the positive image of Russia abroad” 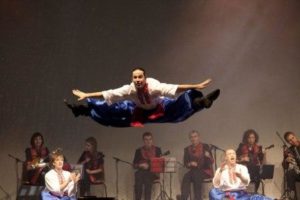 “The Russian culture was highly represented by Moroshka St.Petersburg Theatre. Their success was widely noted in the Algerian media particular comments on the outstanding performance, magnificent costumes, splendid work of the artists. Moroshka’s performance contributed to the promotion of the positive image of Russia in the Algerian society.”

“We are creating folklore but in a modern interpretation. We consider this approach allows to the most unprepared viewer to be inspired by the synthesised folk art, to understand, accept and admire it.”

Folklore in the modern interpretation by Arina Aseyeva, Petersburg Diary, No.97, 31 May 2013, St. Petersburg 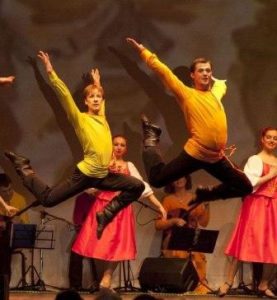 “Moroshka Theatre has created a well staged thrilling show that included the dances, the choir and the orchestra of Russian folk instruments that became an integral part of the programme.

The young performers have presented the entertainment that touches the hearts and gives an opportunity to be proud of our country and our centuries-old traditions.”

“My humble task as the director of the theatre is to try to bring happiness to people through our performances and to do everything possible including creating an atmosphere for the theatre to develop, evolve and improve, to be interesting both to the artists and the audience. It is up to the audience to judge how successful it is.”

“They are so rich in unimaginably bright costumes; the dances possess the perfect leg technique and beautiful arms. One would have goose bumps when hear the clear voices of a capella singing. The Russians also showed that they like imagination and humour. It was 2 hours of pure magic, delight and dream!” 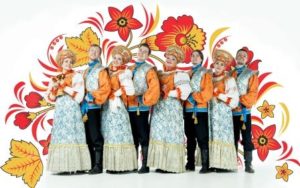 “Poirel Hall was full at the yesterday’s performance of Moroshka Ballet from St.Petersburg. The reason is absolutely clear – this is a very lively and colourful story, truly Russian.”

“It was a performance by Moroshka Theatre from St.Petersburg in the Strasburg Palais de Congres… A spectacular show, clear and powerful voices, great dancing, brilliant choreography… The choreography is complex and precise in every move… The real art, full of kindness and enthusiasm…”

“The music show of outstanding quality made us to feel like the Russians… Excellent dancers, charming ballerinas, colourful costumes and the sound of balalaikas made the audience to depart on the journey to the Slav culture… Are you looking to buy tickets? It is impossible; all 7 thousand tickets to 4 shows of Moroshka Theatre from St. Petersburg had been sold out a month ago…”