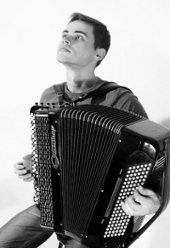 Presently he is doing a Master’s degree in the GRAM under Professor and Peoples Artist of Russia Friedrich Lips.

Gregory has toured in Germany, Poland, Kazakhstan, Israel, Italy, Azerbaijan, Estonia, Bulgaria, Serbia, Bosnia-Herzegovina and many cities in Russia. He also performs at the major venues in Moscow, such as the Great and the Rachmaninov Hall of the Moscow Conservatoire, Concert and Minor Hall of the GRAM, Central Literary Hall and others.

Since 2015 Seredin is a lecturer at the Department of the Orchestral Folk Instruments, Ippolitov-Ivanov State Music ad Teaching Institute. He became a conductor of the Molodaya Ippolitovka (The Young Ippolitovs) students’ chamber orchestra in 2016. He is a composer and music arranger and participates in different projects.

In 2016 he recorded his debut albums “Naedine s pesney” (In Private with the Song), duo with the tenor Maxim Pavlov, “Italianskoe nastroenie” (An Italian Mood) with the guitarist D.Pritula and the solo album “My Tchaikovsky” (The Four seasons and the Children’s Album), published by ARTservice. 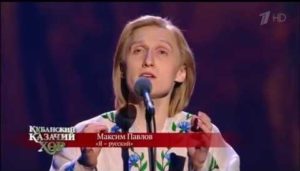 In 2015 Gregory Seredin was introduced to a unique tenor Maxim Pavlov. Maxim is an Honoured Artist of Belarus, a soloist and a leading choir master of the Kuban Cossacks choir and the Northern Choir. He is a stage and film actor.

The duo recorded their debut album “Naedine s pesney” (In Private with the Song) in 2016.

Maxim Pavlov is a very talented person, possessing a unique voice, a big and warm heart and a great knowledge of the world. 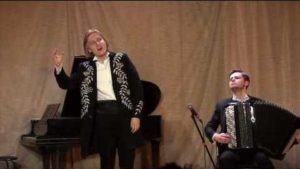