A folk group Lubo-Milo (“A Pleasure and Delight”) 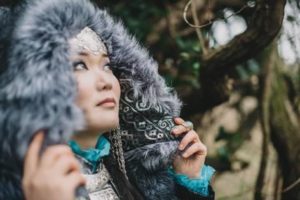 Saydyy Kuo is a specialist of the unique Sakha instrument ‘Khomus’ as well as a master of diverse Sakha vocal styles. She has brought these elements together and forged them into a precise vision, making an international impact through her performance which captures not just the essence of it’s origin, but also the imagination of it’s audience.

Saydyy Kuo performs as UDAGAN.  UDAGAN in it’s native language translates to ‘She-Shaman’. The music of UDAGAN captures the rich shamanistic universe of the far North inside a musical universe spanning tens of thousands of miles and reaching back millenia, into places existing on the edges of understanding. 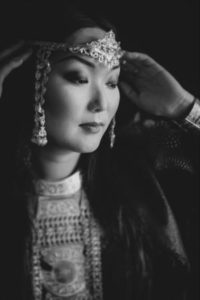 Saydyy Kuo has toured internationally as an independent artist and as a member of the acclaimed Sakha traditional group ‘Ayarkhaan’, with whom she has performed at BBC Proms, WOMAD Festival, Sayan Ring Festival (Russia) and many more. 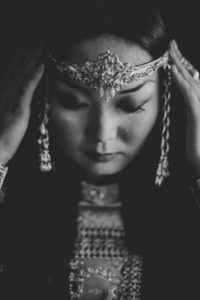